skip to main | skip to sidebar

The Two End Time's Judgments Upon Edom - Part One 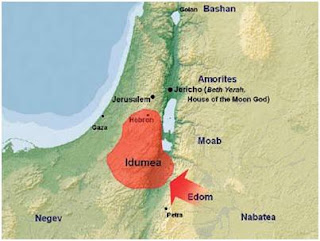 The Bible predicts two powerful prophetic judgments upon Edom; the first on the people and the second on the land. Judgment one, executed by the Israeli Defense Forces, eliminates the Edomites. Judgment two takes place in ancient Edom and is delivered single-handedly by Jesus Christ against Antichrist and his armies. Part one of this two part article identifies both judgments but primarily focus upon the first. Part two expounds upon the timing and purposes of the second judgment.

The second judgment:
1. Makes an end of wickedness and wicked ones
2. Terminates the Antichrist and his armies (Armageddonites)
3. Devastates modern day Southern Jordan
4. Saves the Jewish Race from Genocide by the Antichrist
5. Paves the way for the 1000 year millennial reign of Christ.

These are just a few of the results of these two end time judgments upon Edom.

The Edomites were spawned in Edom, which is today Southern Jordan. Although a remnant of Edomites still reside in Southern Jordan, most Edomites migrated in several waves centuries ago into Israel proper and made Hebron their central city. Hebron still exists today in the West Bank and is predominately inhabited by the Palestinians.

Around the time of “Alexander the Great”, (born 356 BC), the Edomites became known in the Greek language as the Idumeans. Presently Edomite descent can be traced into the Palestinian ethnicity as follows: (Edomites-Idumeans-Palestinians). Although the Palestinians are made up of a mish mash of ethnicities, many of them are Esau’s Edomite descendants. 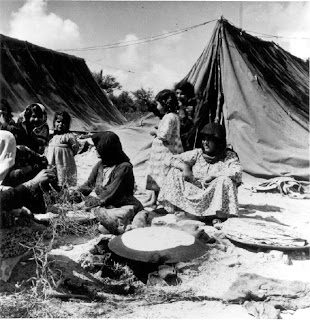 Who are the Palestinians? “Palestinian” is the ethnic label tossed about loosely in modern times to identify three predominately Arab groups of people: the Palestinians of the Gaza Strip, the Palestinians of the West Bank, and the Palestinian Refugees. These groups inhabit the territories that most closely border modern day Israel, with pocket communities in the surrounding Arab nations. It is generally understood that these three groups are comprised of a mixture of peoples who descended from various origins, including Esau, the father of the Edomites.

There are numerous prophecies in the Bible written by various prophets that foresaw Edomite participation in the current Middle East crisis. These prophecies, when appropriately discerned, present us with invaluable insights into the cause, details, duration, and resolution of the conflict at hand. As such this prophetic information has direct specific application to this present generation. (Fig. 1. Dheisha (Palestinian refugee camp, Bethlehem, West Bank 1949) 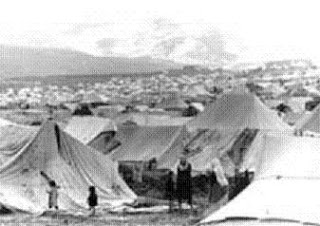 The cornerstone prophecy regarding the Edomites around which all first judgment events are designed is contained in Psalm 83. Psalm 83:6 labels them as the “tents of Edom”. In Biblical usage populations residing in the “tents of” condition are either refugees or military encampments. In this instance the Psalmist appears to identify the Palestinian refugees of today.

Additionally, it is important to note that these refugees are listed first among the confederate populations predicted to come against Israel. This implies that they are the star of the prophetic show. Thus the present Palestinian Refugee crisis serves as the rallying call of the Psalm 83 confederacy. (Fig. 2. Baqa'a Palestinian refugee camp, Jordan, 1969)

These Palestinians ally with Lebanon, Syria, Jordan, Saudi Arabia, and Egypt with the goal of destroying the nation of Israel. This confederacy probably also includes the Hezbollah (the inhabitants of Tyre in Psalm 83:7), and Hamas (Philistia in Psalm 83:7).

Several of the prophecies related to the first judgment on the Edomites are listed below. By association, we can safely conclude that the entire Psalm 83 confederacy is adversely affected by the first judgment of Edom. In my book, “Isralestine the Ancient Blueprints of the Future Middle East,” I identify the connecting prophecies that affect the Arabs listed in Psalm 83.

“For the day of the LORD upon all the nations is near; As you have done, it shall be done to you; Your reprisal shall return upon your own head. The house of Jacob [Israel Defense Forces (I.D.F.)] shall be a fire, And the house of Joseph a flame; But the house of Esau [Palestinians] shall be stubble; They shall kindle them and devour them, And no survivor shall remain of the house of Esau,” For the LORD has spoken. (Obadiah 1:15,18; NKJV)

The Day of the LORD is commonly connected with what is called the seven-year “Tribulation”. This is a distinct seven-year end time’s period when God pours out his wrath on sinful humanity through a series of trumpet and bowl judgments described in the book of Revelation. This means that the First judgment upon Edom is a Pre-tribulational event.

The expanse of the devastation extends deep into the collaborating Arab populations. Ezekiel 25:12-17 points out that the I.D.F. will defeat the Palestinians, Saudis (Dedan), and Hamas (Philistines and Cherethites) for their confederate involvement.

For brevity, I only list these prophecies regarded with the first judgment, however the chapter in Isralestine called “The Final Palestinian Farewell” lists many more.

In the aftermath of the first judgment Israel seems to expand its sovereignty over modern day Jordan, West Bank, and Gaza. This would correlate with the prophecies in Jeremiah 49:1-22 and Obadiah 1:19. Israel annexing the territory of Southern Jordan paves the way for the final end time’s faithful Jewish remnant to flee there during the Antichrist genocidal campaign against the Jews.

This concludes part one and sets the stage for part two, which will discuss the second and final judgment upon Edom levied by Jesus Christ upon His return.
Posted by Bill Salus at 4:09 PM 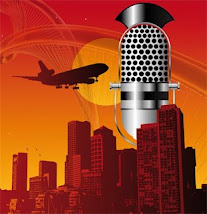 Bill Salus
My desire is to write in such a way that appeals to scholars and laymen alike. My new book called ISRALESTINE; The Ancient Blueprints of the Future Middle East, takes an exhaustive, but adventurous look at unfulfilled Bible prophecies intended for today’s international audience. Shortly after becoming a Christian in 1992, writing became a daily discipline for me. I began with devotional pieces, but soon realized that I was drawn toward prophecy. After the events of September 11, 2001, along with the encouragement of Dr. Arnold Fruchtenbaum the founder of Ariel Ministries, I embarked upon a tireless path of discerning prophecies that apply today. My hope is that people from all over the world will learn through these steadfast efforts, that prophecy is not just for the scholarly, but also for every common man, woman, and child. Whether writing, teaching, doing interviews, or speaking in front of large and diverse audiences, my prayer is to impart understandable information. email: info@isralestine.net